The “World War One” collections microsite was launched in time for the centenary of the outbreak of war to critical acclaim and the “Discovering Literature” site launched three months later. The sites have been a huge success for the Library and have received large amounts of positive publicity as well as large numbers of visitors to both sites.
Leading all aspects of the design and UX for this project I worked collaboratively with the in house team and lead agency VML. At the time there was a lack of understanding of how to correctly build in a modular, mobile-first and responsive manner. We were seen as the agency to lead the client and their brand partner through this tricky transformation project. Also, a great deal of work was done to understand and refine the taxonomy, and ontology of the content working towards a more semantic model where we had a single source of truth for each collection item. 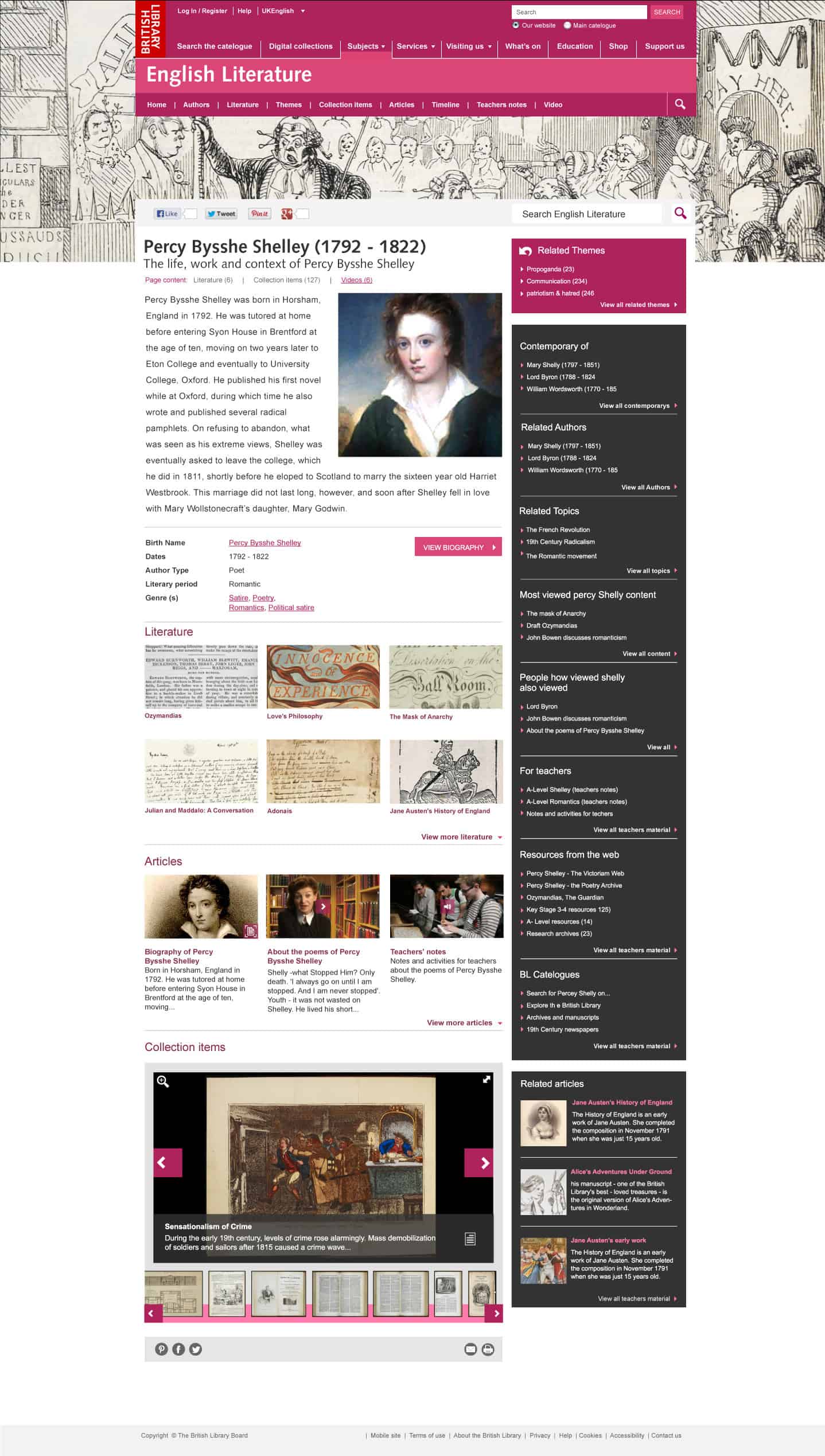 Visual light box which has been optimised to work on any size screen. User can scroll left, right, up, down to find the image they like. 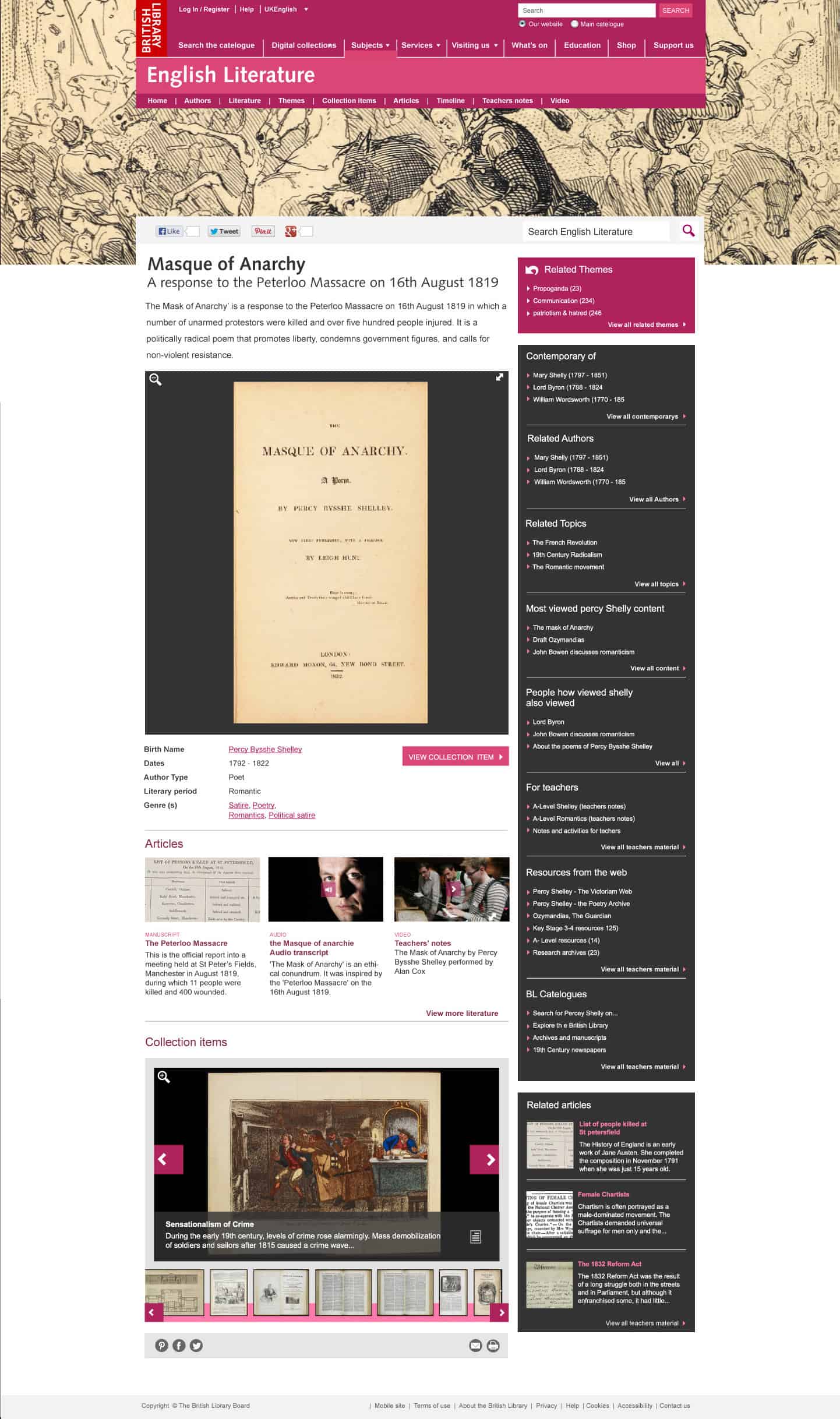 Every effort is made to present the imagery in the most beautiful way and to give easy access to detailed information about the photographer and the image. 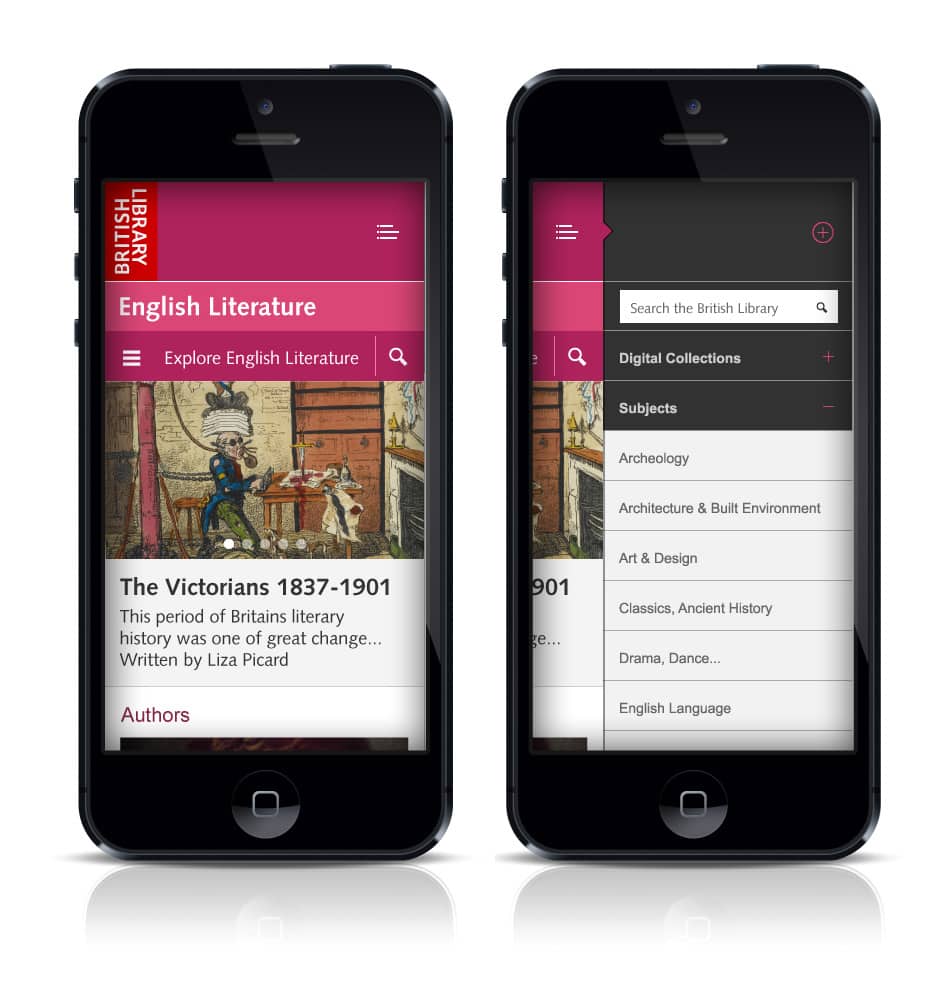 Being able to access the site on any device was a must while maintaining a delightful user experience.